World-leading aerospace component manufacturer Levett Engineering has won the major award at the Business SA 2018 Export Awards, being named the Qatar Airways Exporter of the Year, and taking out the Efic Manufacturing Award.

Levett Engineering, along with 12 other major category winners, will go on to compete for national supremacy in their fields at the Australian Export Awards in Canberra on 27 November.

The Business SA 2018 Export Awards recognise South Australian companies which are excelling in the international marketplace by selling and promoting their products and services.

Business SA has been recognising exporting excellence in South Australia for 56 years, and helping organisations wanting to take a leap into commerce across international borders for more than 170 years.

Announced at a gala awards ceremony held at the Adelaide Convention Centre last night, Levett Engineering was recognised as a leading exporter of aerospace components and assemblies, with its components used in the Boeing 787 Dreamliner, 777 and 737, Gulfstream G6 and the supersonic Joint Strike Fighter. 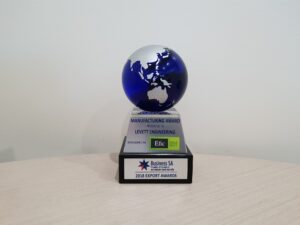 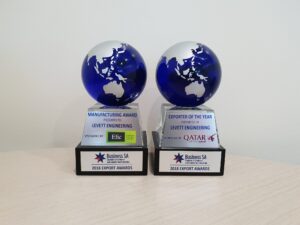