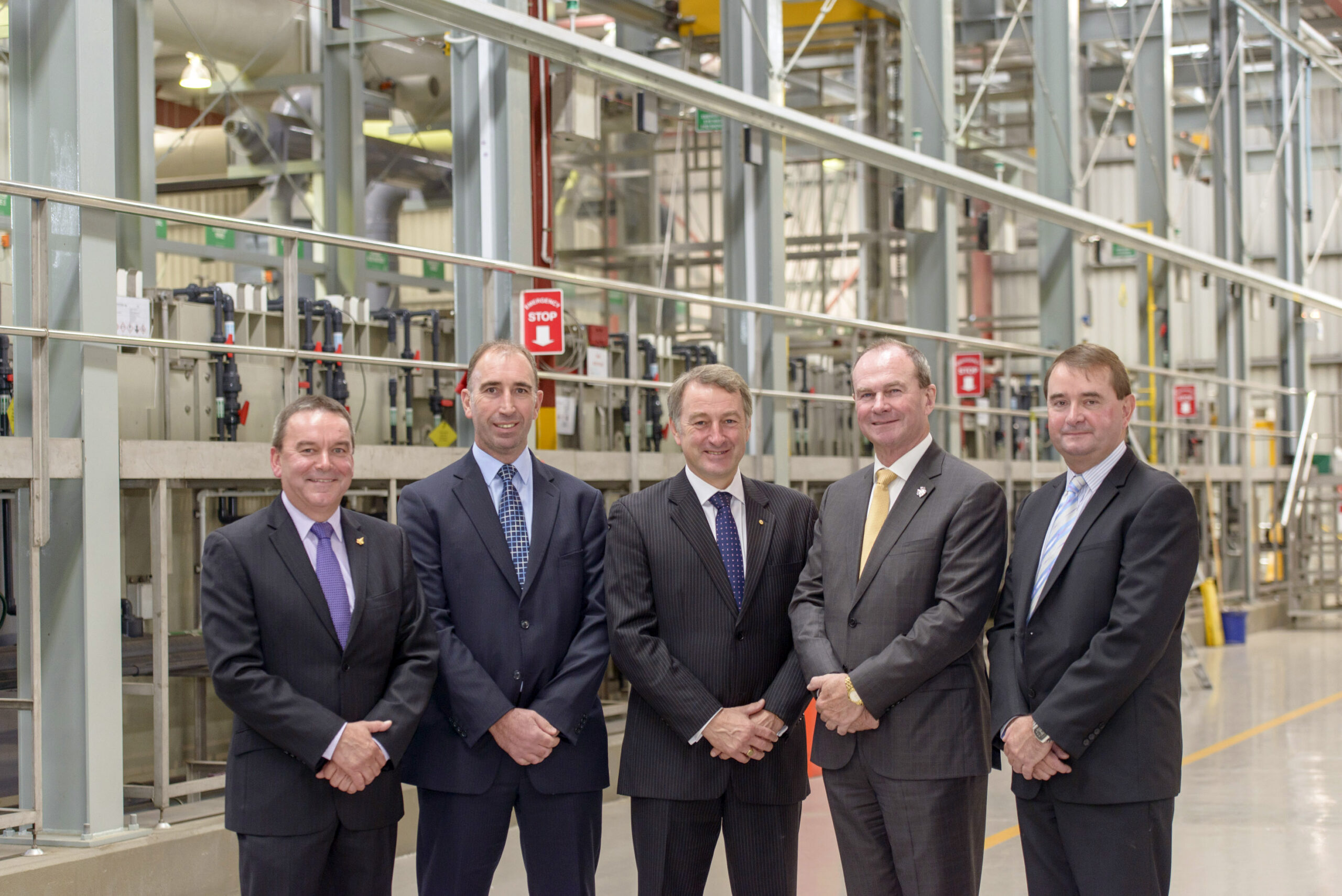 The Minister for Defence Industries Martin Hamilton-Smith has met with the South Australian companies supplying the world’s largest and most complex military aircraft project.

Based in Elizabeth, Levett Engineering manufactures several F-35 components, including parts for the F135 engine which powers the aircraft.

“We’re living proof that a small to medium enterprise based in South Australia can be a successful link in a global supply chain. We pride ourselves on delivering high quality products at competitive prices, in turn keeping jobs and technical knowledge within our local industry,” said Levett Engineering Managing Director, Mr Paul Levett.

The global F-35 Program will see over 3000 F-35 Lightning II aircraft produced between now and 2030 for air forces around the world. The first F-35 aircraft are due to arrive in Australia in 2018.

Photo with BAE RUAG and Levett